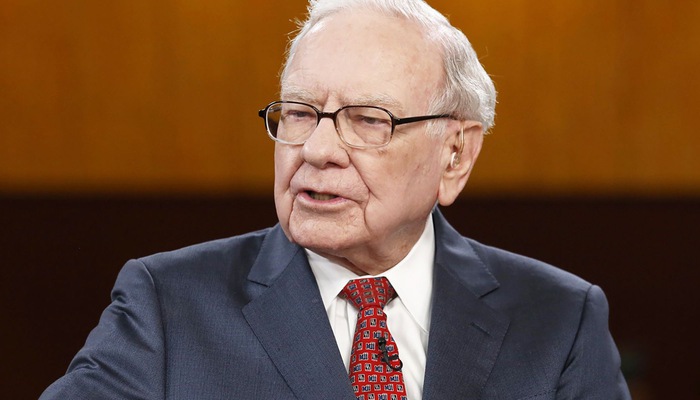 The Bill & Melinda Gates Foundation, among others, can look forward to a substantial donation.

The American billionaire announced this on Monday.

Buffett promised in 2006 to give away all his assets to charities.

With the latest donation, the counter is now at 34 billion dollars.

The shares come from his Berkshire Hathaway investment fund.

In the past fifty years, Buffett has succeeded in developing this into a company with a market capitalisation of 500 billion dollars.

It has interests in more than ninety companies, ranging from railway companies to chemical companies and from Coca-Cola to Apple.

The success of Berkshire made Buffett once the richest man in the world,

but now that ‘the Oracle of Omaha’ is giving away his wealth little by little,

he has been slowly sinking into the global empire list in recent years.

Largest foundation in the world
Buffett is a regular contributor to the Bill & Melinda Gates Foundation,

the foundation of Microsoft founder Bill Gates and his wife, Melinda.

It is the most comprehensive private foundation in the world, with assets of more than 50 billion dollars.

It aims to improve healthcare worldwide and to reduce extreme poverty.

The billions also go to the Susan Thompson Buffett Foundation, a foundation named after the deceased wife of the investor.

The Howard G. Buffett Foundation, managed by his son Howard, can also look forward to a substantial contribution,

just like the Sherwood Foundation and the NoVo Foundation.