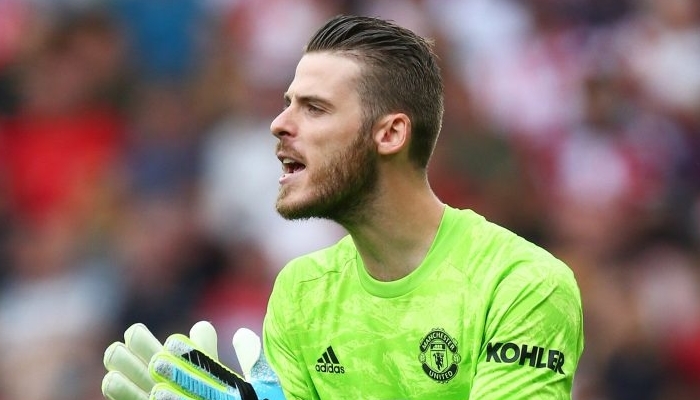 De Gea Extends until July 2023 at United. David De Gea has extended his contract with Manchester United until June 2023 with an option for another year.

The 28-year-old Spaniard still had a commitment to the English club until mid-2020.

Manchester United took over the Spanish goalkeeper in 2011 from Atlético Madrid.

He already had 365 games under the bar.

“It was a privilege to spend eight years at this fantastic club,

and it is an honour to continue my career at Manchester United,” says De Gea.

“Since I started here, I did not expect that I would play more than 350 games.

Now my future is further defined. I want to help this team win prizes again.”

Trainer Ole Gunnar Solskjaer is also happy that the club and the keeper came out together.

“In recent years, David has proven to be one of the best keepers in the world,

and he is an important part of our plans to bring Manchester United back where the club belongs.”