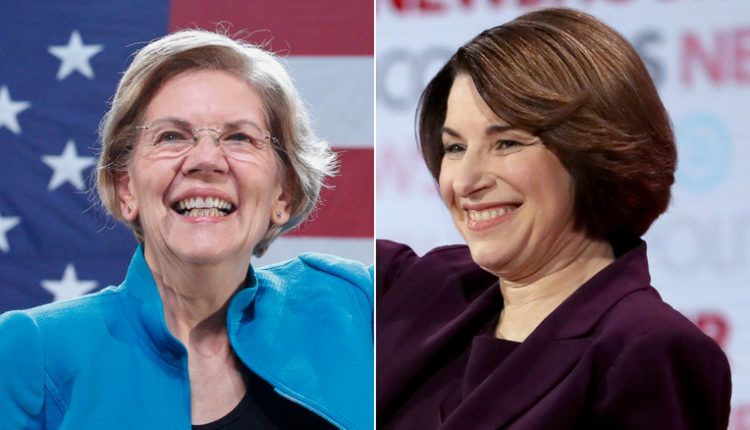 The editors of The New York Times are exceptionally supporting two candidates from the Democrats in the preliminary round of this year’s presidential election.

Both Amy Klobuchar and Elizabeth Warren would be an excellent successor to Trump, according to the newspaper.

The newspaper comes to that conclusion after discussions with the Democratic candidates. The editorial staff of the magazine traditionally supports one candidate. Trump does not have to count on that support: the newspaper calls him “a threat to democracy.”

The choice for precisely Klobuchar and Warren is surprising at first sight. As the newspaper agrees in an extensive opinion piece, they are candidates who have a very different vision. Warren is a candidate from the left, while Klobuchar is more at the centre of the party.

But now that Republican Donald Trump has been dividing the country for more than three years, The New York Times sees not one precise future scenario, but two possible alternatives: either the Democrats choose a candidate who after Trump glues the pieces and repairs the old system, or goes she for someone who is taking a new path.

For those who opt for the solid break, the choice for The New York Times is between Warren and Bernie Sanders. Warren is better placed, according to the editors. Sanders would divide the country too strongly and promise too much.

Moreover, there are doubts about his health. Warren would also have a clearer vision of the policy to be pursued, the newspaper concludes after a comparison.

How the Internet of Things Going To Take 5G Network?