Automotive group Stellantis will build electric cars at its factory in the British Ellesmere Port. For this, an investment of 100 million pounds, converted 117 million euros, is made in the factory near Liverpool. Stellantis is the parent company of brands such as Peugeot, Citroën, Opel, Fiat, Vauxhall and Jeep.

It will be the company’s first location that focuses entirely on the production of electric cars and vans, from the brands Vauxhall, Citroën, Opel and Peugeot. The British government is contributing to the investment, guaranteeing the employment of more than a thousand workers.

The factory’s future in Ellesmere Port was uncertain for a long time because it was unclear whether the company wanted to continue production there. Stellantis was created at the beginning of this year from a merger of the French PSA and the Italian-American Fiat Chrysler.

Last week it was announced that Japan’s Nissan Motor, together with a partner, is building a large factory for batteries for electric cars at its car factory in the British Sunderland. Nissan will also build a new electric crossover car model in Sunderland, in the northeast of England.

As with Nissan, Prime Minister Boris Johnson spoke of a sign of confidence in the country with Stellantis’ investment in Ellesmere Port.

Wed Jul 7 , 2021
After being tied up in the Suez Canal for a week and chained in Egypt for more than three months, shipping company Evergreen will get hold of the large container ship Ever Given again on Wednesday.   This happens after an agreement on the payment of compensation to channel authority […] 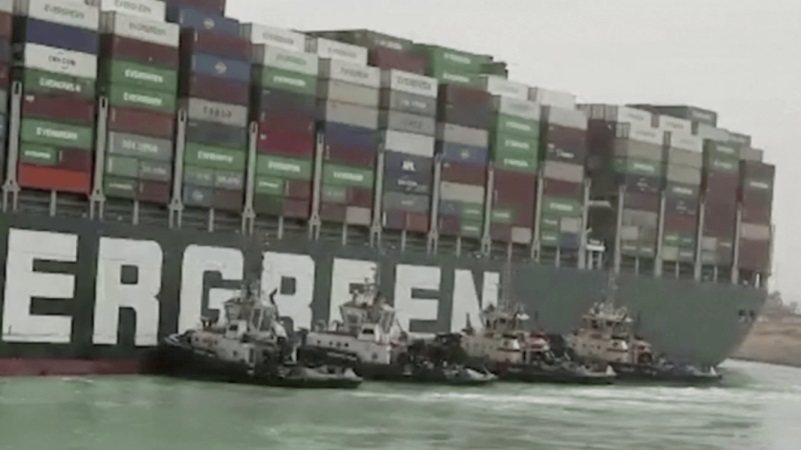