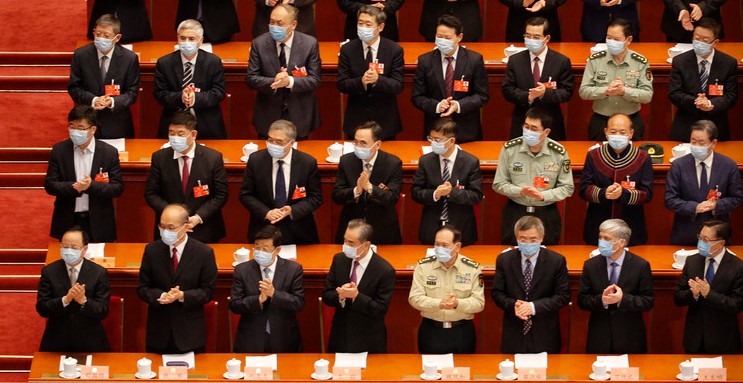 The thirteenth National People’s Congress in China kicked off on Friday in a packed hall with thousands of policymakers.

Prime Minister Lie Keqiang said during the opening speech that China is going to introduce laws to ensure “national security in Hong Kong and Macau.”

Hong Kong and Macau have more liberties than the rest of China. In Hong Kong, Friday was immediately called for large-scale demonstrations against the Chinese plan.

China wants the law to get a better grip on, among other things, the anti-Chinese demonstrations in Hong Kong. There is a need for “better enforcement”. China wants to ensure that.

Li also said that China would support Taiwanese who are against their own government and want Taiwan to rejoin China. Less than 20 countries recognize Taiwan.

The official opening of the annual parliamentary session was Thursday evening. Matters will be discussed substantively on Friday. The meeting was scheduled for March 5, but was postponed due to the coronavirus outbreak.

The occupation at the People’s Congress is considerably lower than usual. Far fewer journalists have been allowed to attend.

Most of them have to follow the event via a video connection, and the interviews are also conducted in this way. Many parliamentarians again did not go to the capital Beijing, fearing the new coronavirus.

China wants to show that the country is safe again with a full parliament hall, state media write. The coronavirus outbreak started in China but now seems to be under control in the country.