Chinese Parents Recover Their Kidnapped Son After 32 Years of Searching 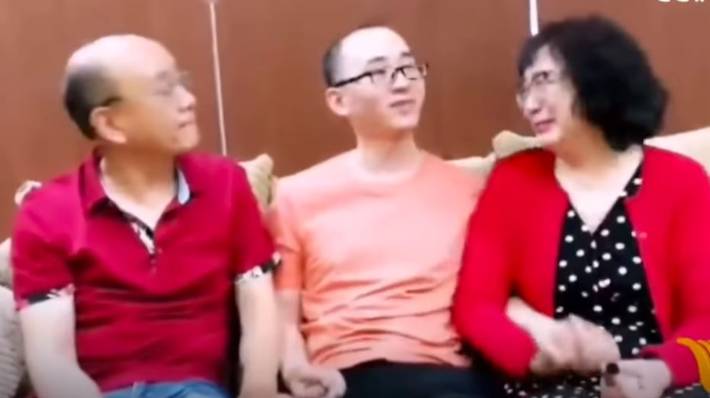 In China, a man has been reunited with his real parents after more than 32 years. The man was kidnapped in October 1988, but his mother never stopped looking for her child.

So now she has found her son as a 34-year-old businessman.

The reunification between son and parents took place a few days ago and was of course, very emotional.

Mao Yin, the man who was now able to hug his parents, is now 34 and has an interior decoration business in Southwestern Sichuan Province, very far from where his parents live. He has now taken time off to get to know them again.

Mao Yin was two years old when he disappeared in October 1988. This happened in the lobby of a hotel in the city of Xian in the central province of Shaanxi.

He was thirsty then, and his father had entered the hotel with him to get water. When he came back, the boy was gone. Searches were unsuccessful.

The mother then quit her job to devote herself full-time to the search for her child. She did not do that alone but volunteered for an organization that is looking for lost children. In total, she was able to return 29 children to their parents, but her son was not among them until recently.

Recently, however, a tip came about an adopted son from Sichuan. It was found, and after DNA research it turned out to be the missing son Mao Yin.

He is now back with his parents. The police are very scant with information about the people who “adopted” the son at the time. They would have paid just over 800 euros in today’s money.