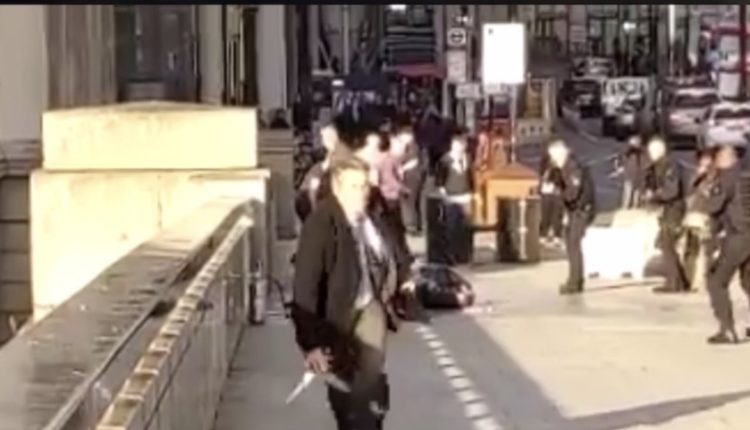 Former Prisoner who Overpowered London Bridge Terrorist: I was Willing to Die! A former prisoner who co-conquered a terrorist on the London Bridge tells the BBC that he was prepared to die.

John Crilly, convicted of murder after a burglary got out of hand, attacked Usman Khan on London Bridge on November 29 with a fire extinguisher. Khan, convicted of terrorism in 2012, had just stabbed two people to death and was wearing a fake suicide jacket.

When Crilly heard a woman scream at the rehabilitation conference, he knew something was wrong. He went down the stairs and saw Saskia Jones (23) lying wounded on the floor before he saw Khan armed with two knives.

The ex-prisoner called to Khan what he was doing. “He said something about” killing everyone “or” killing you “, about killing people.” He didn’t feel like the attacker was targeting specific people.

Several people tried to overpower the knife puller, and the fight moved to the London Bridge. “I shouted that he should explode his vest,” he says. “I was willing to give my life.” According to Crilly, Khan said he didn’t want his vest to explode until the police arrived.

Crilly shouted to the police there to shoot the attacker. “It seemed like centuries before they fired. They were not vicious and happy. They really took their time, to the point where I shouted “shoot him.”

The police shot him dead!

Crilly was friends with 25-year-old victim Jack Merritt. He was the coordinator of Learning Together, an initiative dedicated to the reintegration of prisoners.

Crilly received a prison sentence for murder in 2005. Together with a companion, he had broken into the house of a 71-year-old woman. She died after his companion hit her in the face.