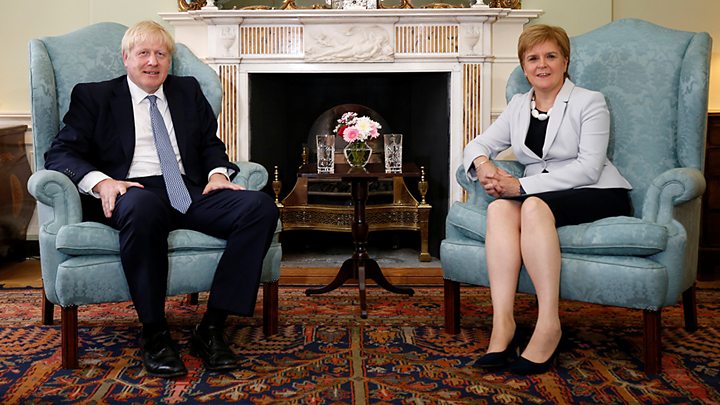 Sturgeon’s pro-European Scottish National Party (SNP) won a significant victory in the British elections on Thursday and wants a second Scottish independence referendum, she confirmed in an interview on Sunday.

“If Johnson thinks his no is the end of the problem, then he is completely wrong. If the United Kingdom wants to continue to exist, then that must be in a joint agreement,” said the Scottish prime minister.

The British government sees no benefit in a second Scottish referendum. In 2014, 55 percent of voters voted against Scottish independence.

The SNP won thirteen seats in the elections and occupied 48 of the 59 Scottish seats in the British parliament. The Scots are in favour of membership of the European Union in a vast majority.