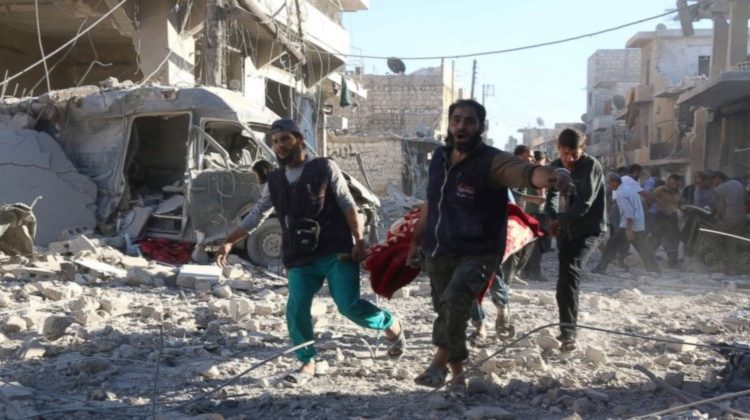 Humanitarian Drama after Failing Peace Negotiations in Southern Syria. In Syria, at least 270,000 people have been displaced since the start of the government forces’ offensive against the rebels in the south of the country.

In the midst of this refugee drama, the violence risks escalating after failed peace negotiations. There were already 210 civilian deaths.

The fighting in the southern province of Daraa, on the border with Jordan, was temporarily halted as long as the peace negotiations between the rebels and the Syrian regime ran.

However, these talks have failed, for the time being, rebel spokesman Ibrahim Jhabbawi said Wednesday to the German news agency DPA. A new date for negotiations was not agreed.

The area around the city of Daraa is one of the last areas still in the hands of rebels. Government troops launched an offensive about two weeks ago, even though a so-called ‘de-escalation zone’ had been agreed for the area.

Russia, all of Syria, supports this offensive from the air. Despite warnings about a new wave of refugees, Russia does not stop the attacks, Russian Foreign Minister Sergei Lavrov said on Wednesday.

The failed peace negotiations thus end in a humanitarian drama. According to the United Nations, 270,000 people have been displaced in the past two weeks, of whom 160,000 went to the Golan Heights and the border with Israel.

“The living conditions are terrible. Full villages are settled in a tiny area, “says a doctor who works near the Golan Heights against the British newspaper The Guardian. “An enormous tragedy is unfolding.” According to newspaper sources, there were already 210 civilian deaths since the start of the offensive, and eight hospitals were bombed.

Jordan, which already receives about 1.2 million Syrian refugees, closed the northern border to Daraa in 2016 and had since the offensive started to understand that the border will remain closed undoubtedly.

Amnesty International urged Jordan over the last few days to open the border back. “Citizens are in a trap like rats. Refugees live in tents and have insufficient food, drinks and medical assistance. Jordan is their only gateway to security, “says Amnesty International.

Daraa is considered to be the cradle of the uprising against Syrian President Bashar al-Assad because it came to the first protests in the spring of 2011.