Is British Prime Minister Johnson Being Pushed to the Exit by His Own Party? 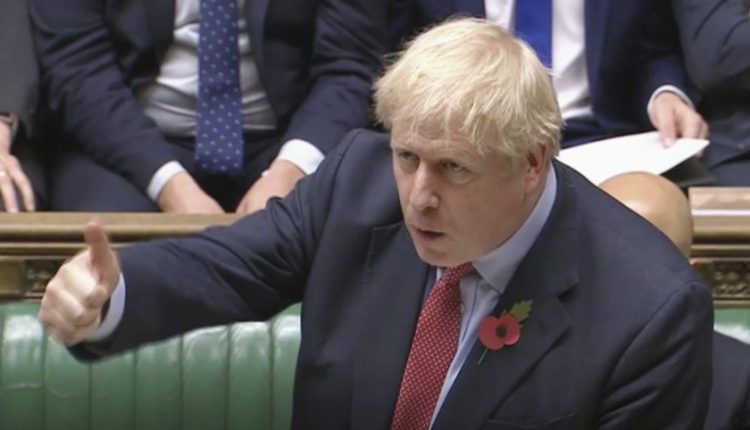 British Prime Minister Boris Johnson is coming under increasing pressure due to the whole series of staff parties that were held at his official residence when this was not allowed under the corona rules.

Within his own Conservative Party, a group of MPs seem to have had enough. There is no point in waiting for an official report, and he has to go now, it says. But that would require 54 dissenting votes.

In recent weeks, one revelation about corona parties in the prime minister’s official residence followed another. Especially a garden party in May 2020 – in full lockdown – continues to haunt the prime minister. Johnson recently had to admit in parliament that he was indeed present there. He apologized several times but maintained that he thought it was a work-related meeting.

An official investigation is now underway into all those controversial staff parties. Johnson called on everyone to wait for the results of that investigation. That was also the dominant opinion within his party for a long time, says correspondent Lia van Bekhoven, but that changed somewhat yesterday.

“Johson is being attacked from all sides. Last night there were secret talks, and several MPs decided to submit a motion of no confidence to the leader of the Conservative Party”, says Van Bekhoven in “The morning”. Within the Conservative Party, there is a regulation that if 15 percent of MPs submit a letter that gives up confidence in the party leader, new elections for the party leadership will be held. With the current size of the group, 54 of those letters are needed.

“We don’t know how many letters there are already. Maybe we’ll hear that later today,” says Van Bekhoven. Earlier, there had been at least 20. According to British media, another 11 MPs would have submitted a letter this morning, which means that there may already be more than 30. Unfortunately, we have to make do with those leaks and rumours for the time being because an official announcement will only follow when the total of 54 has been reached.

That turn has a lot to do with mounting pressure from their voters, who have had enough and no longer see a worthy prime minister and party leader in Johnson who they want to vote for. “There is fear among MPs, who fear they will lose their seat under Johnson. So the idea that they are better off with a new leader is getting stronger and stronger.”

But the new claims of Dominic Cummings, the former adviser to the prime minister, certainly had their influence. Cummings said in recent days that he had indeed warned Johnson that that particular garden party in May 2020 was against the lockdown rules.

The fact that Johnson gave an interview again yesterday in which he said that no one had warned him may put him in an even more difficult position, Van Bekhoven believes. “This from a man who explains to the emperors night after night on TV what the rules are, who drew up the rules himself. That was not good for his credibility.”

This afternoon there is again the weekly question time in the British Parliament. Johnson will undoubtedly be put to the test again.