A person was slightly injured in a shooting at a mosque near the Norway capital Oslo. A Norwegian young man was arrested. The police treat the shooting as an attempt at a terrorist attack, she announced.

During the investigation into the shooting, the police also found in a house the body of a woman, a relative of the suspect.

The shooting took place on Saturday in the early evening. The perpetrator is a young Norwegian who lived nearby.

According to the Norwegian police, he had extremist ideas. “He had xenophobic ideas and wanted to sow terror,” the police said during a press conference.

At the time of the facts, only three people were present in the mosque. One slightly injured person fell, a mosque visitor who overpowered the suspect. The suspect was reportedly dressed in black, wearing a helmet and wearing a bulletproof vest.

Later that evening, the police found the body of a dead woman in a home near Oslo. The discovery turned out to be related to the shooting in the mosque. The dead woman is a relative of the suspect.

The Norwegian Prime Minister Erna Solberg today visited the affected mosque community, who had gathered in a hotel to celebrate the Sacrifice Party. “What happened should not happen in Norway. Norway should be a safe place,” said Solberg.

Thu Aug 15 , 2019
Brexiteer Jailed for protest Who Blocks Train Traffic at St Pancras. A pro-Brexit demonstrator who duped thousands of train travellers with a protest action has been sentenced to one year in prison.   44-year-old Terry Maher climbed a rail tunnel at London’s St Pancras International station and spent 13 hours […] 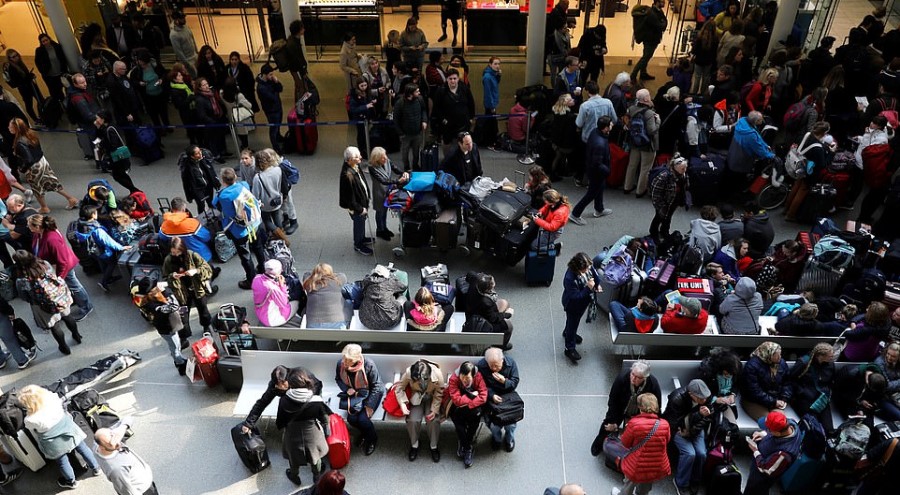