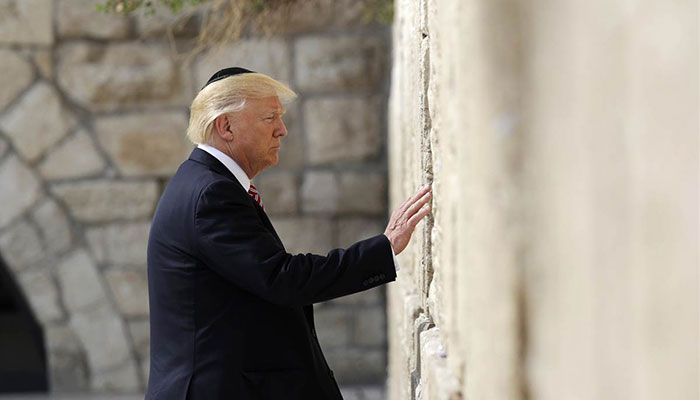 Trump Failed to Inaugurate US Embassy in Jerusalem. Donald Trump does not go to the inauguration of the American embassy in Jerusalem, which is on the agenda for next Monday. He will be represented by John Sullivan, the number two of American diplomacy, and by his daughter and counsellor Ivanka Trump, says Zoom News.

The White House distributed Monday the list of the presidential delegation going to Jerusalem. The name of Jared Kushner, Trump’s son-in-law and executive advisor for the Middle East also adorns.

The American president, who decided in December to recognise Jerusalem as the capital of Israel and thus broke through the policy of his predecessors, had made it clear in recent days that he might attend the inauguration.

This very controversial transfer is planned for May 14 and coincides with the 70th anniversary of the establishment of the state of Israel.

Tension at the Syrian-Israeli Border