Why the Buses in Rome are on Fire 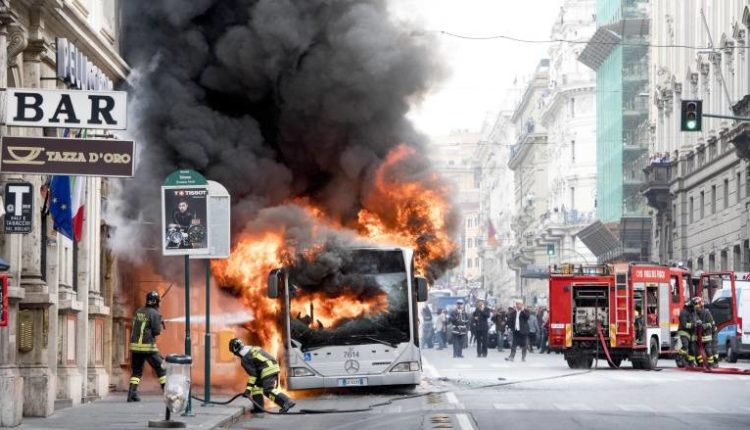 Why the Buses in Rome are on Fire. The public prosecutor’s office opened an investigation after another bus burned out in the Italian capital.

A public transport bus was placed on fire Tuesday in the vicinity of the Trevi fountain and caught up in flames. The occupants could leave the bus in time and remain unharmed. At first tourists and passersby thought it was an attack, but perhaps it was a short circuit.

That is not uncommon in the Italian capital. Rome is known for its old public buses. They often stop on the road or do not drive out of the pitch anymore. Passengers also suffered injuries from falling ceiling panels, writes The Greater.

It is already the tenth time this year that a bus is on fire. Last year there were twenty-two, in 2016 fourteen. Some Romans consider public transport to be a more significant threat to their security than terrorism. So far no one has been injured.

The local transport company Atac has been under fire for some time now for maladministration, a lack of investment and corruption scandals. His buses are poorly maintained and outdated. 36 percent of the fleet is not used because the buses are waiting for repairs.

Trump and Kim Will Meet in Singapore

Two Teenagers Died in an Accident with Tesla