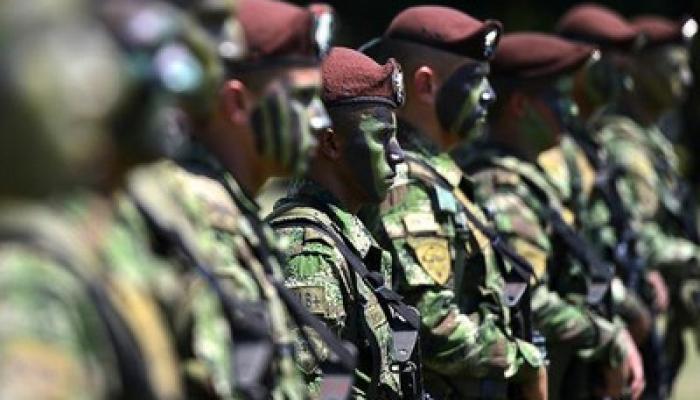 The Colombian army has killed more than 10,000 innocent civilians “cold-blooded and systematic” in the period 2002-2010, according to new research. The dead were in the statistics as disabled left-wing rebels of the movements FARC and ELN.

In the years of bloody struggle against the communist resistance, Colombia was partly dependent on military support from the United States.

It is not clear whether the military received a directive or instruction about killing opponents from the US in exchange for that support. Officers who executed the executions were rewarded with promotion and free time writes The Forbes News.

The scandal with the innocent civilian deaths has been known for some time but is continually expanding. The case came to light at the end of 2008 when 22 men from Soacha were found dead hundreds of miles away. They were lured with the promise of a job by a personnel officer paid by the army.

Human rights organisations thought that an estimated 3,000, mostly poor, civilians were killed by the army. New research, including a former politics, shows that this number is more than three times higher.

According to The Guardian, the researchers’ book, Extrajudicial executions, also states that the killings of civilians were not an outgrowth of army units that wanted to get a white foot, but systematic policy within the armed forces.

“These were cold-blooded murders,” says researcher Omar Rojas Bolaños against the British newspaper. “They were meticulously planned and executed by all ranks.”

Disabled boys were, according to Rojas Bolaños, a specific target group because of their vulnerability. The killings would also have been used on a small scale to remove soldiers who were critical of the policy or who might be knocked out of the school. According to Rojas Bolaños, even nowadays innocent civilians are murdered to raise the army’s success statistics, but they are now called ‘military mistakes’.

Colombia ended the battle with the FARC in 2016 after more than 50 years. The conflict has killed some hundreds of thousands of people. President Juan Manuel Santos, who was Defense Minister when the murder of innocent civilians was at its peak, won the Nobel Peace Prize for the peace agreement with the FARC. The peace negotiations with the ELN are still ongoing.

Criminal investigations are being carried out into the murders, but that is difficult. Last month, a key witness was murdered in the process in Medellín, writes The Guardian. The army maintains that a group of loose individuals has committed the murders.