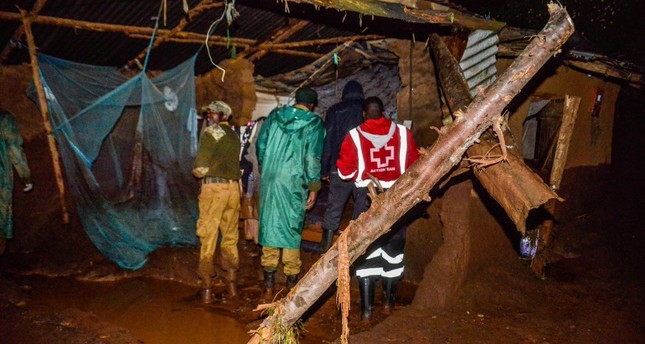 Dozens of Dead and Missing After the Kenya Dam Breakthrough. In Kenya, the breakthrough of a dam has cost the lives of dozens of people. There is at least 47 dead. Dozens of people are missing.

The Patel dam in the town of Solai broke through after weeks of heavy rainfall. The destruction and loss of human lives are significant, according to the governor of Nakuru, writes the Express Paper.

Witnesses said that they heard a resounding bang, overwhelmed about two kilometres of land for a massive wave of water. The water has destroyed hundreds of houses in two villages, the exact extent of the devastation is not yet clear.

The affected area lies about 150 kilometres northwest of the capital Nairobi. According to the Red Cross, a few dozen people have been saved. The search for survivors is complicated because roads are flooded.

Veronica Wanjiku Ngigi survived the tidal wave. She was at work on her tea plantation, when her daughter-in-law rushed to her and said she had to go up a place higher up. “It was a sea of ​​water, my neighbour died when the water broke through the walls of his house, he was unconscious, so he could not run,” Ngigi told Reuters news agency. Her other neighbour also died. “All our homes have been destroyed.”

The Patel dam is owned by a private farm in Solai, reports the BBC. The company has built two more dams. The water reservoirs must supply the fields with water. The government is now investigating whether the company has a permit for the construction, how the other two dams are.

The expectation is that it will continue to rain until the end of the month.