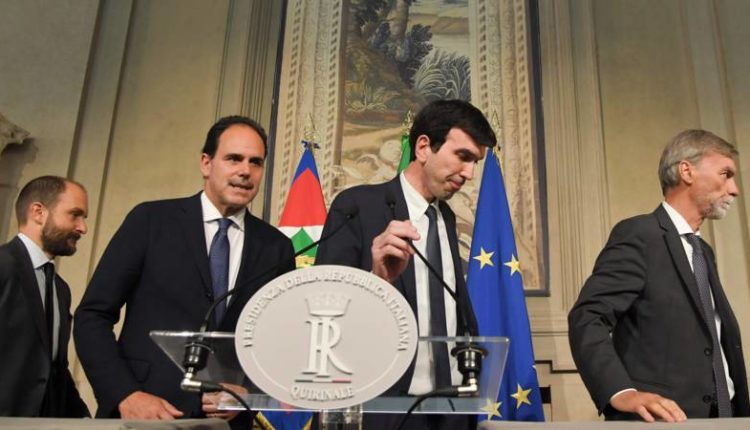 Italians can not Form a Government: Elections Seem Inevitable. It has not succeeded in forming a government more than two months after the elections in Italy. Today, President Sergio Mattarella conducted a new and possibly final round of talks with the parties, reports the FOX News Point.

It seems more and more that the Italians have to go to the polls again. The leader of the right-wing populist Lega, Matteo Salvini, says that as far as he is concerned, new elections can be held in July. Mattarella sees nothing as leader of the coalition talks there.

Attempts to form a new government did not work out in the past two months. The Five Star movement became the largest in the elections, but cooperation with other parties was not in it. The second party, the right-wing Lega, only wants to be part of a government that includes ally Forza Italia of former Prime Minister Silvio Berlusconi. The Five Star movement, however, refuses to cooperate with Berlusconi.

“Tried all options.”
A right-wing coalition does not exist for the Lega in any case. Together with Forza Italia and Fratelli d’Italia, Salvini does not come to a majority. A collaboration with the Democratic Party of outgoing Prime Minister Gentiloni to reach a majority has not proved to be an option either. The current government party wants after the crushing election defeat in the opposition.

Five-star leader Luigi de Maio tried last week to accommodate the right-wing populists. He initially wanted to be prime minister, but eventually showed himself willing to step aside to allow someone else to hold that post. However, the proposal did not receive the blessing of Lega’s Salvini.

“All options have been tried”, says correspondent Mustafa Marghadi. “The only thing that remains is a new course to the ballot box.”

The chance that this temporary government will come is only small. The parliament must agree, but the Five Star Movement and the Lega have said that they do not want it anyway. If there is no majority for it, there will be elections. Possibly in July, and otherwise in the autumn.

Whether a new ballot box will solve the political stalemate in Italy is the question. “The latest polls indicate that there will be another stalemate,” says Margate. “So the whole party starts from the beginning.”