YemenMiddle EastNews
By Claire Bogan On May 8, 2018 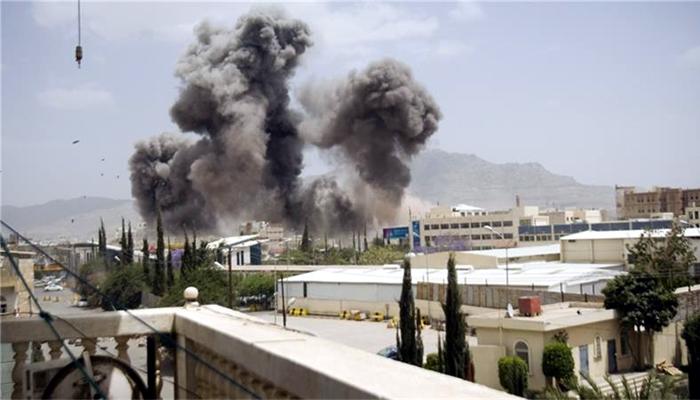 Saudi-led Air Strikes Hit Presidential Palace Yemen. Troops of the international coalition led by Saudi Arabia would have bombed buildings of the presidential palace in Yemen. The news has been brought out by media affiliated with the Houthis but has not been confirmed by an independent party.

Images show that a large building, presumably from the palace complex of the ousted president Hadi, is in ruins in the capital city of Sanaa. Some houses in the area have also been hit. The military coalition itself has not yet published any information about the bombing.

Six people would have died, and more than 30 people were injured, says the 99 News.

Reportedly, two leaders of the Houthis were in the palace at the time of the bombing. It is not known how they are doing.

The population of Yemen is severely affected by the armed conflict. Tens of thousands of people have died. There is a massive shortage of food, fuel and medicines, making everyday life almost unaffordable for many people.