BusinessNews
By Pat Pennelegion On Dec 31, 2018 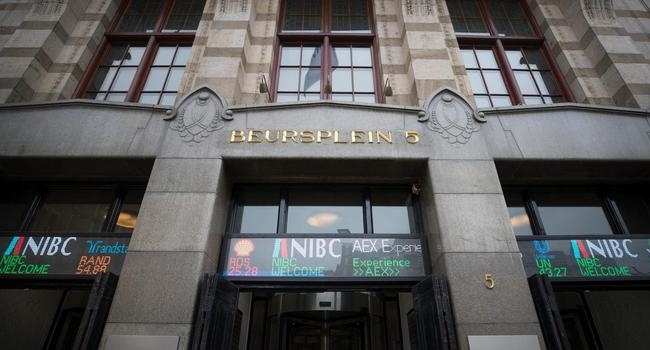 AEX Index records first Annual loss Since 2011. The AEX has booked an annual loss in 2018 for the first time since 2011. In the rest of Europe, stock market indices have dropped compared to the beginning of this year.

The Midcap index of medium-sized companies fell by 21 percent from January to the end of December.

The index for smaller funds, the ASX index, lost about 19 percent.

Stock markets also lost this year in the rest of Europe.

The DAX index in Germany, the French CAC 40 and the FTSE 100 in London recorded annual losses of 18 percent, 10 percent and 12 percent, respectively.

On Monday, the stock exchanges in Amsterdam, Paris and London were open for half a day. Frankfurt remained closed.

A great rally last days
In the United States, the equity markets with even a trading day continue even the worst year since 2008.

The Dow Jones, the Nasdaq and the S & P 500 reached losses of 6 to almost 8 percent this year.

And this includes a big rally in the last days of the year.

Many traders point to the risks of the trade war between the United States and China,

but also the policy of the US central bank to raise interest rates.

It makes financing less attractive to consumers and businesses.

Central banks increase interest rates when an economy is running well, and inflation is likely to exceed the target.

The Federal Reserve recently raised the interest rate once again and then stated that it would anticipate two more increases before 2019.

But some investors worry that the Fed is too optimistic about the current growth expectations.