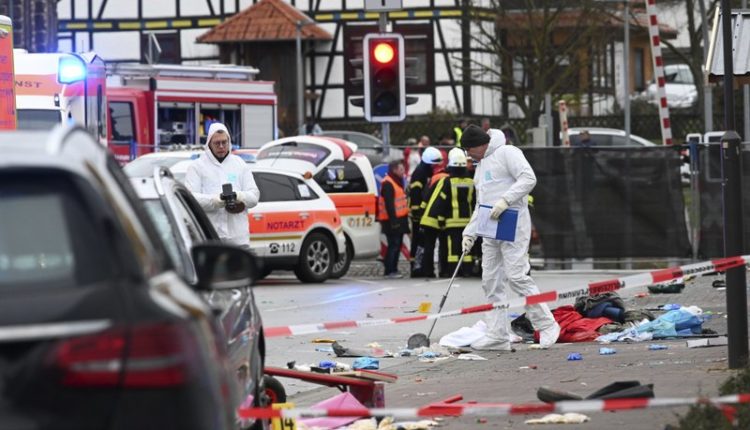 In the German city of Volkmarsen, a 29-year-old man was run into a carnival parade. Dozens of people were injured. The driver has been arrested, a second person has been arrested, but it is not clear whether it is a suspect or witness.

Thirty people, including ‘many children’, were injured on Monday after a silver-coloured Mercedes had been driven into a carnival parade in Volksmarsen, in the German state of Hesse around 2.30 pm. The German police report that.

The 29-year-old driver first deliberately drove past some plastic barriers and then accelerated to hit the partying crowd, the local authorities confirm to the Süddeutsche Zeitung newspaper. Only after about 30 meters did the vehicle come to a halt.

The victims were taken to various hospitals in the area. “Some of them are seriously injured,” the public prosecutor says.

Even according to Süddeutsche Zeitung, some angry carnavalists with fists raised would have run to the perpetrator at the crime scene and the police had to protect the man.

The German police do not want to give any details about ‘the circumstances of the arrest’ for the time being. A second person was arrested on Monday, the police chief in Frankfurt, Gerhard Bereswill, said. It is still unclear whether the person arrested is a witness or a suspect.

He could not be heard on Monday either because he himself was injured during the attack. “We examine all the slopes,” it sounds. In the state of Hessen, all carnival parades were cancelled on Monday.

Carnival is very popular in western parts of Germany, especially in Cologne and Düsseldorf. Volkmarsen is a small town with around 6,800 inhabitants in the north of Hesse. The state was startled last Wednesday by deadly shootings in Hanau, more to the south. The perpetrator, who had racist motives, shot ten people in total and then himself.