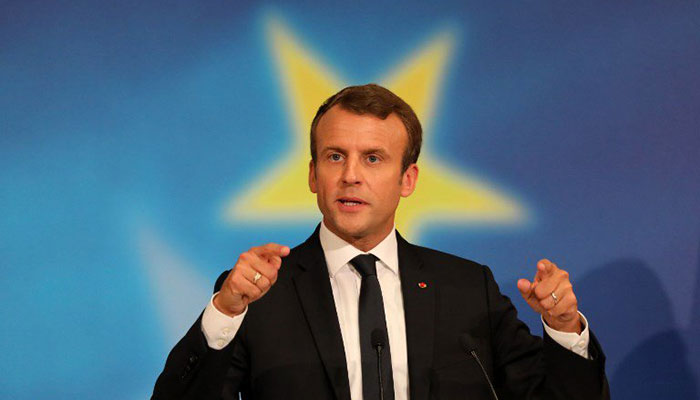 One Year Macron: Ge Gets Benefit of Doubt from the French. If elections are held in France, Emmanuel Macron will receive considerably more votes than when he was elected president a year ago, according to a recent poll. But when asked about its policy, almost 60 percent of the French say they are dissatisfied with their president. Another poll shows this.

“These doubts are logical,” says Hugues Renson, deputy chairman of the French House of Representatives and a party colleague and confidant of Macron, says eBuzzFeed. “The French are impatient.”

During the election campaign, the president made many promises, and the French also wanted quick results, they did not want high-staged stories, they wanted to see evidence that the policy yields something that improves their daily lives. “

And for that it is still too early, say friend and foe. Macron has only been there for one year, and there are still four to go. The president has given priority since his election to revive the collapse of the French economy. “Before you can distribute wealth, you first have to create wealth,” says Renson.

Macron has unleashed a whole new dynamic in France with far-reaching reforms.
Hugues Renson
That is why there was a reduction in the burden on companies, and the rules became more flexible to hire and dismiss personnel. Making businesses easier is the idea of Macron. But that will only yield results for the ‘normal’ French in the sense of employment, growth and purchasing power improvement. As a result, many voters have felt in this first year that Macron is a ‘right-wing’ president. He would especially give companies and rich French people douceurs.

“In France, Macron has unleashed a whole new dynamic with far-reaching reforms, the most important of which is perhaps the reform of the labour market, which was an election promise, which he quickly paid for”, says researcher Blanche Leridon of the French think-tank Institut Montaigne. The institute put an analysis online from the first year of Macron.